Hello, readers! Thank you for another academic year of following the John J. Burns Library blog. Over the summer we like to take a look back at what has been posted throughout the year both to thank our authors and to remember exciting highlights from the Burns Library’s collection. The 2015-2016 academic year was a busy year for Burns as various departments worked with multiple classes held at the library, processed new collections, reprocessed older collections to make them more accessible, and worked with patrons on various research projects.

History Public: Historical Monuments, Monumental Histories”. The students in these classes used Burns Library materials to curate exhibits and exhibit texts that were displayed in Stokes Hall as part of an ongoing collaborative project between the History department and Boston College Libraries. Blog posts by Making History Public students included posts on the history of the Fulton Debating Club, the history of influential women at BC, the different architectural styles on campus, Big Ben’s architectural ancestors, the statue of Ramses II and Egyptian national identity, and the significance of Petra, among many others.

John LaFarge in Innsbruk, circa 1901

Christian Dupont, the Burns Librarian, wrote a post in September 2015 on John LaFarge, SJ and a rare manuscript version of his draft of a papal encyclical for Pope Pius XI condemning the racial injustices propagated by the Nazi regime.

The Burns Library commemorated the death of Irish playwright Brian Friel in October 2015 with a collection of photographs from the Bobbie Hanvey Photographic Collection.

Beth Sweeney, Irish Music Librarian, wrote a post announcing a recently processed collection of live Irish music recordings from the Muise family that is now available at the Burns Library. The post even included clips of the recordings as a taste of what is available in the Irish Music Center.

In November, Shelley Barber, the Burns Library Reference & Archives Specialist, wrote about the life and service of Boston College alum Frederick J. Gillis in memory of all of the men and women of BC who have served in the armed forces.

he gave the history of the Francis Thompson Collection, one of the early collections acquired by the Burns Library. David contributed an entire series of posts this past academic year and continuing into the summer on the British Catholic Authors collection at the library including a post of a rare pamphlet on Ceres, a dwarf planet, by Italian author Guiseppe Piazzi. Ceres was the destination of a recent NASA space probe making this piece particularly relevant.

Two other significant events were highlighted on the Burns blog this year: the re-opening of the Graham Greene Papers after careful re-processing, and the 100th birthday of Jane Jacobs, the urban activist whose papers are a popular collection at the Burns.

The blog started the summer with the Irish Studies Librarian Kathy Williams’s post reviewing the academic classes that met at Burns and utilized the collections, Instruction at the Burns Library Spring Semester 2016, and a post by Reading Room Assistant Rachel Ernst, giving an overview of the Williams Ethnological Collection. 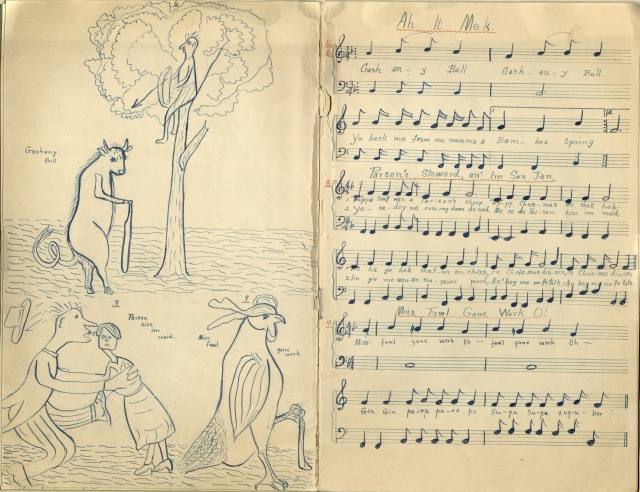 This is only a sample of the great content written by Burns Library staff and students over the past academic year. Thank you to all our authors and readers; we look forward to many more posts this summer! If you would like to see any of the collections or holdings mentioned on the blog, please contact the Burns Library Reading Room at burnsref@bc.edu or by phone at (617)-552-4861.